In Maguire’s article The Secret to Good Writing: It's About Objects, Not Ideas, he discusses his beliefs on where he thinks college students go wrong when writing an english paper. Maguires thesis is that when students are writing, their papers become too abstract. To fully understand what Maguire’s meant by “too Abstract” I first had to define it. I used google and concluded that Abstracted ment an idea or something that could not physically be touched. So now i have a better understanding of Maguire’s personal thoughts of student writers.In my opinion,  he is not calling us dumb or down talking our writing but simply saying how majority our writings are all over the place with no real meaning. We leave a lot of ideas open for interpretation and that is where our biggest mistake happens. I personally can not take a stand on if I agree with him or not because I have never had someone tell me that I was too abstract in a paper. However, now that I better understand what abstract means, I would not be surprised if someone pointed out a few abstract papers of mine.I as a student writer myself am not by any circumstances offended by Maguires opinion. Why? because most of it is true. From kindergarten, we are taught to do things a certain way that same method follows us up to the 12th grade. Yeah, there may be a little modification here and there but for the most part, one plus one is still two. Then we get into these private Universities and as soon as we walk through their doors, we are expected to know their teachings.This is a problem when you were raised learning something different. In my opinion, its the teachings, not so much the students.  Towards the end of the article, Maguire poses a method that he believes will help improve student writing. If we make our ideas into something tangible, for example, calling love a sharp knife, then those ideas become more clear to ourselves and most importantly, our readers. This method could potentially be useful for visual learners like myself, but what about the linguistic learners who create their ideas in open space and rely on assumption or interpretation from their audience? Linguistic meaning the use of language. Then how can this method be beneficial for them? Because Not everyone has the same learning style, Maguire can not just suggest one way of doing something to different groups of people.

Although I can clearly see where some may be offended by Maguire's article, I can also see why he makes such a valid point. Student writing can be placed under an umbrella which he considered "unreadable" but let's make it clear that there are exceptions to his argument. I personally am not an exception to his argument but I am a firm believer that it is very possible for student writing to be placed above his generalization and also no, today's kids are not necessarily "dumb or just not interested in ideas".

Writing, no matter where or who it comes from, is a process. Not every student learns the same techniques and strategies when it comes to writing. Just like every student is different, every instructor is different as well. We encounter various English teachers and professors and with each one comes a different lesson and teaching style. There's a requirement for an emphasis on certain techniques in certain styles of writing which is why I think it's easy for us to run off with abstract words. Abstract words and ideas seem to get us by. Through out grade school before starting new writing projects, teachers would often give out vague topics followed by instructions to think of an idea that relates to the topic. There's so much emphasis on ideas it almost seems wrong not write about them.

As Maguire said, we often struggle and forget to include examples and incorporate "something you can drop on your foot". It's an overlooked mistake but not one that's impossible to fix. We have the opportunity to create multiple drafts through peer review. It takes a little more time, effort, and a different perspective to catch these mistakes. Maguire's article definitely made me think about my own writing and take his "secret" into account the next time I write a paper. 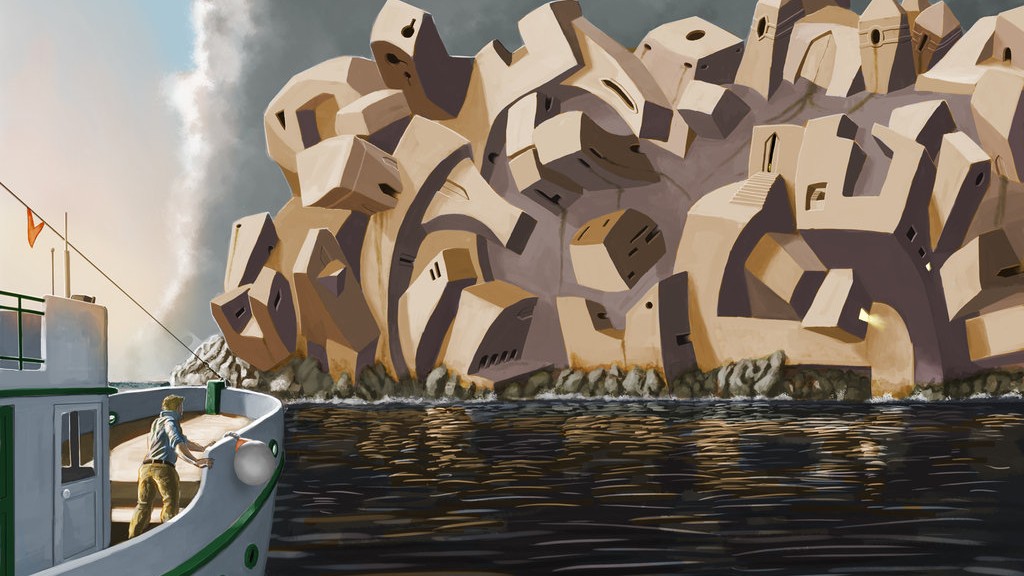 On one hand, I feel that it is unfair for Maguire to make such sweeping generalizations of all student writing. On the other hand my own English 1101 professor told me, like how Maguire said he used to tell students, that my writing was often vague and needed to "be more specific." I personally am not offended by these genralizations because I have never thought highly of my own writing no matter how much I fealt I have worked on it, but I can see how students who write well and have been told that they write well would be offended by what Maguire says.

I believe that Maguire does have sound advice on focussing on "concrete nouns." I also agree that it is easy when writing about abstract ideas to become lose yourself in the details and how this would be a problem as it would make the content almost unreadable. I recall Carolyn Miller and Dawn Shepherd's  article Blogging as a Social Action when it says that,"bloggers seem to agree that content is the most important feature of a blog." If the content is the most important part of a piece of writing then it is important that it is understandable. If writing about ideas by writing about physical objects helps make it understandable, then so be it.

However, I feel that this method of writing about objects only goes so far in writing, and Maguire never specified what kind of writing these students were doing that were so unreadable (Fiction, Non-Fiction, Essay, Analysis?)Maguire seems to talk about ditching the abstract completely, but I feel that abstract concepts do have their place in writing. I say this because as I read Maguire talk about abstract ideas, my mind could not help but drift to the work of one of my favorite authors, H.P. Lovecraft.

The essence of Lovecraftian horror is an absract idea itself. Often Lovecraft's work would describe a scene with concepts because to describe it visually would not be enough.

― H.P. Lovecraft, At the Mountains of Madness

The horror in these books comes not from something that can be seen or felt but rather from an absract concept; humans are always trying to label and categorize things but there are some things that human knowledge can not make any sense of, which is freaky to think about.

What I'm saying is that while Maguire is right that using objects and places is a good way to keep writing clear and focussed, I feel that the abstraction has its own time and place.

The first thing I thought about as I read this article was grade school children. I was thinking why is it important to teach college student how to right? At this point they should have the concept of writing a decent and readable paper because they have been doing it since first grade but as I analysis my previous thoughts I seen that they were very closed minded. Each and every college student comes from a different learning environment so we should not conclude that every student should know the basic skills of writing. Maguire’s argument has a very valid point. In order to get someone's creative juices flowing it is best to give them a topic and tell them to use all five of their senses to describe the setting. 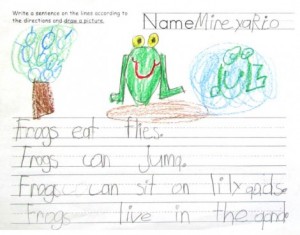 When I was a senior my AP Literature teacher would required us to think about our favorite place and describe every “concrete noun”. Gradually, our papers became better and more students became comfortable with wanting to read their papers out loud. As a student, I struggled with not being able to write a decent paper because the topic was too broad. All my teachers would say this thesis statement is not clear and you should narrow your topic. I do agree with Maguire’s characterization of student writing because it's exactly what students need to get over that “I cannot write a good paper because this topic is not clear” or “I do not know how to write” phase. In my English 1102 class, my professor Ms. Wharton told us that our in class assignment would be to describe how literacy and technology relates. She did not try to constrain us to a specific topic and because of that our class discussion was very productive. We got the chance to see everybody viewpoint on the topic. Although, they were very different point of views they were similar in a way as the class begun talking.

When Maguire began to characterize students as objects I did not take offense because I do it every time I am trying to explain something. For instance, if I am conversing with my friends about a new song I might say, “ I love how the beat lays on me” or “ that beat is stupid”. It's not like I am trying to offend the writing or the artist it just the only way I know how to explain my emotions. I believe the most valuable thing about Maguire’s article is the brief exchange of ideas with him and another professor. He was able to elaborate on her feelings and prove why his argument is valid. She said, “Ideas are what matter," Bernadette said confidently. "Getting them to define and handle ideas is what's important, not things." Prior to that piece of information this article seemed as if it was bias. He had only found articles that were in his favor not one article counter-argued his theory. The way he wrote this article is similar to the Rosen article. They stated their claim and then had supporting details to back it up. My question to my English 1102 class who disagrees with Maguire’s argument and why? 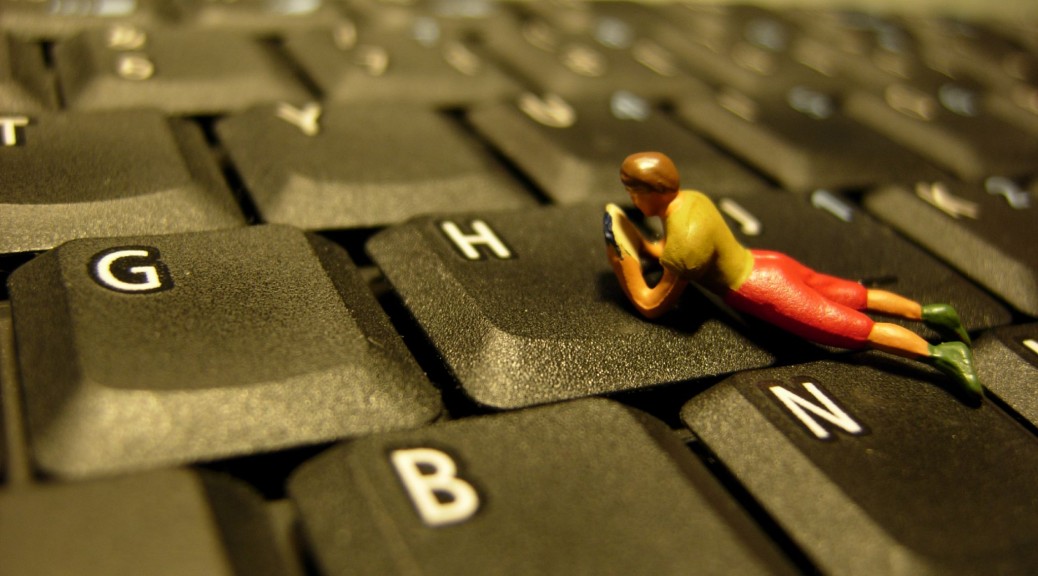 In his essay for The Atlantic, "The Secret to Good Writing: It's About Objects, Not Ideas," John Maguire argues student writers and writing instruction are too focused on abstract ideas. In fact, he contends that "[s]tudent papers are often unreadable" (His words, not mine!) "because they are way, way too abstract." Rather than asking students to grapple with abstract ideas from the outset, Maguire argues writing teachers should instead get students to focus on the physical world, and let the abstract ideas emerge from that emphasis:

An alternate approach might be to start the course with physical objects, training students to write with those in mind, and to understand that every abstract idea summarizes a set of physical facts. I do, in fact, take that approach. "If you are writing about markets, recognize that market is an abstract idea, and find a bunch of objects that relate to it," I say. "Give me concrete nouns. Show me a wooden roadside stand with corn and green peppers on it, if you want. Show me a supermarket displaying six kinds of oranges under halogen lights. Show me a stock exchange floor where bids are shouted and answered."